At Bill Evans Optometrists, we pride ourselves in taking the utmost care in your vision. We have a wide selection of spectacle frames ranging from designer to budget, and only use lenses from the best optical laboratories in Australia. As an independent practice we always place eye care first and pride ourselves in our high level of customer service. We always strive to achieve the very best eyewear solution for you.

Our practice is affiliated with ProVision, allowing us to keep our lens and frame prices competitive as well as having access to the excellent ProVision contact lenses. Bill Evans Optometrists service the surrounding area in the central-north Sunshine Coast and are centrally located between the towns of Peregian Beach, Peregian Springs, Yandina Creek, Yaroomba, Mount Coolum and Marcoola.

Most consultations with us are bulk-billed direct to Medicare. We have the HICAPS system to claim your private health insurance benefits, so you only need pay the gap if any. We offer a full range of services to Veterans’ Affairs patients, and participate in the MASS spectacle supply scheme. Bill Evans Optometrists are also a collection point for the Lions Recycle for Sight program.

If you or your company require safety spectacles, we can supply prescription or non-prescription protective eyewear that meets the AS/NZ1337.6 standard, including certification.

Bill Evans Optometrists began life at its present location in Birtwill Street, Coolum Beach in July of 1996 as a branch of Davey & Tobin Optometrists. Bill Evans practised optometry on the first day of trading, and even helped to fit out the practice. Around this time Bill also practised in Maroochydore, Noosa Heads, Kawana, Currimundi and Nambour in Queensland. Bill has also worked in Fremantle and Bunbury in Western Australia.

Bill became principal in 2003, commencing full-time practise in Coolum in that year. The practice has continued to show strong growth mirroring the Coolum Beach area ever since. 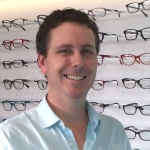 Bill was born in Brisbane, but completed his education right here in Coolum where he was the Dux of Coolum State High School in 1991. He studied at QUT and graduated with a Bachelor of Applied Science in Optometry in 1995. Bill has a professional interest in contact lenses and retinal disease. He has practised optometry on the east and west coasts of Australia and enjoys travel, the beach and spending time with his family and friends. 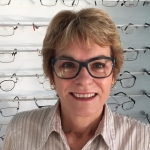 Deanna Wray, our optical dispenser, commenced her career in the optical industry in 1976 and has been with Bill Evans Optometrists and the former Davey and Tobin Optometrists since 2000. Ever the social butterfly, Deanna loves lawn bowls and the occasional South Pacific cruise.

Tracy Hills studied optometry at QUT and graduated with a Bachelor of Applied Science in Optometry (Honours) in 1995. She has worked with Bill in different clinical settings since 1996. Tracy has a special interest in children’s vision. She enjoys distance running and dressmaking, as well as being a busy working mother for her family.

Debra Westbrook has over 25 years experience as an optical dispenser. She has previous experience as an owner / manager of an optometry practice and delivers special care and attention to our patients. Debra is currently balancing work, study and family.

Berit Tegg has over 40 years experience in the industry as an optical dispenser. She enjoys life in the Sunshine Coast hinterland.